This document provides a detailed description and a brief understanding about the rapid prototyping.

THEME: Enhancing the detailed importance and need of RAPID PROTOTYPING in the society.
Introduction
Rapid prototype is an excellent output from the thirst of millions of scientist , the main promotion of the model lies in its skill where it reduces the time for experimenting an model without much cost and effort.

ORIGIN
Rapid prototyping is the automatic construction of physical objects using additive manufacturing technology. The first techniques for rapid prototyping became available in the late 1980s and were used to produce models and prototype parts. Today, they are used for a much wider range of applications and are even used to manufacture production-quality parts in relatively small numbers. 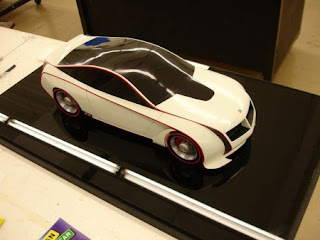 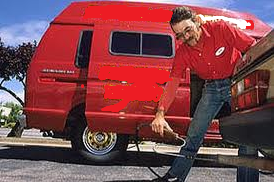 Increasingly companies are attaching greater importance to the need to differentiate their product and service offerings in order to remain competitive. Typically, firms are:
adding new technologies to our products to differentiate;
forming alliances with our   customers;
adding service features to our manufactured product offerings;
reducing time to market for new products;
reducing the number of suppliers and forming longer-term relationships and alliances with those that remain;
expanding the product range; and reducing their cost base to become the lowest cost producer.

WHY WE NEED IT:
The sale of this product with others because it is much easier to see if there are problems with the design and organization of a real working model
It is also much easier to sell to potential customers when they have a rapid prototyping to hold and manipulate a presentation marketing.
Without a prototype is just an idea.
It can be difficult to get a client to participate in a purchase of one concept.
With prototype in hand, the concept becomes real and the moment is much easier .
We  should keep in mind during the prototype phase as well. Regardless of how developers and testers that a prototype can be, consumers may not real, as some of its aspects.
If the end customer does not like, they will not buy, which explains why the focus groups and external tests with the prototypes to be addressed before production begins.
Patent If a product is new or unique bit excessive, patents must be considered.
It is useless to design and produce a great product to another company only begins to produce a product very similar, because the original company patented key design elements.
Having a working prototype is much easier to sit with a lawyer to see what aspect of the design may be patentable.
On the back, you can see parts of the prototype and the design of infringing patents of others and how they can be changed before production, and the possibility of a trial begins.

BASIC LEVEL OF A COMPLETE PROTOTYPING MODEL AND A FLOW CHART SCENARIO.

Higer officials may consider prototyping as an wasteful needed process

The prototype may influence the design

The pror=totype model may be overworked.

This system is fully automated that is doesn‘t require any attention
during the operation.

SLA is capable of producing an intricate design with high precision.

The —printed part“ has a very smooth surface.

SLA was the first RP to be introduced into the market. It constituted
1% of the worldwide market based on sales.
The part may melt if exposed to high temperature for a period of time.

Influence of design by rapid prototype

The prototype may have an influence on your design which should be taken care of.

A GOOD MODEL
AN AVERAGE MODEL

STEPS TO REDUCE THE ABOVE MENTIONED INCONVINIENCE:

The material chose should be apt and easily adoptable.

The material chosen should always be in an position to be cooled fast by the cooler used.

The complication of the prototype should be reduced in the stl files used.

Henceforth being well aware of this engineering excellence of a rapid prototype ,  being an engineer we should be well enough acquired to readily accept the advancement in such area which would greatly enhance our career.

Posted by moses dhilipkumar at 05:48

Email ThisBlogThis!Share to TwitterShare to FacebookShare to Pinterest
Labels: RAPID PROTOTYPING BY MOSES