RAPID PROTOTYPING IN ENGINEERING BY MOSES 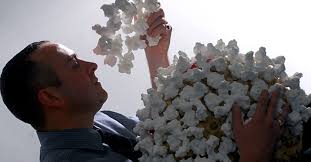 The term rapid prototyping (RP) refers to a class of technologies that can automatically construct physical models from Computer-Aided Design (CAD) data. These "three dimensional printers" allow designers to quickly create tangible prototypes of their designs, rather than just two-dimensional pictures. Such models have numerous uses.
They make excellent visual aids for communicating ideas with co-workers or customers. In addition, prototypes can be  used for design testing
.
For example, an aerospace engineer  might  mount a  model airfoil in a wind tunnel to measure lift and drag forces. Designers have  always utilized  prototypes;  RP allows them to be made faster and less expensively.

At least six  different  rapid  prototyping techniques are  commercially available, each with unique strengths
.  Because RP technologies are being increasingly used in non-prototyping  applications, the techniques are
often collectively referred to as solid free-form fabrication, computer automated  manufacturing,
or layered manufacturing.  The latter  term is particularly  descriptive of the manufacturing process used by all commercial techniques

. A software package "slices" the CAD model into a number of thin (~0.1 mm) layers, which are then built up one a top another. Rapid prototyping is an "additive" process, combining layers of paper, wax, or plastic to create a solid object. In contrast, most machining processes (milling, drilling, grinding, etc.) are "subtractive" processes that remove material from a solid block. RP’s additive nature allows it to create objects with complicated internal features that cannot be manufactured by other means.

Posted by moses dhilipkumar at 00:23