It is a field of Engineering that covers the mimicking of human behavior. Robotics includes the knowledge of Mechanical, Electronics, Electrical & Computer Science Engineering.

Mobile robots are also found in industry, military and security environments. They also appear as consumer products, for entertainment or to perform certain tasks like vacuum cleaning. Mobile robots are the focus of a great deal of current research and almost every major university has one or more labs that focus on mobile robot research.

Modern robots are usually used in tightly controlled environments such as on assembly lines because they have difficulty responding to unexpected interference. Because of this most humans rarely encounter robots. However domestic robots for cleaning and maintenance are increasingly common in and around homes in developed countries. Robots can also be found in military applications. 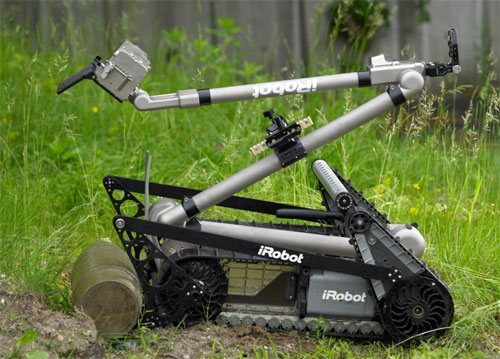 Industrial robots usually consist of a jointed arm (multi-linked manipulator) and end effector that is attached to a fixed surface. One of the most common type of end effector is a gripper assembly.

The International Organization for Standardization gives a definition of a manipulating industrial robot in ISO 8373:

"an automatically controlled, reprogrammable, multipurpose, manipulator programmable in three or more axes, which may be either fixed in place or mobile for use in industrial automation applications."

This definition is used by the International Federation of Robotics, the European Robotics Research Network (EURON) and many national standards committees.

Some experts and academics have questioned the use of robots for military combat, especially when such robots are given some degree of autonomous functions.There are also concerns about technology which might allow some armed robots to be controlled mainly by other robots.The US Navy has funded a report which indicates that as military robots become more complex, there should be greater attention to implications of their ability to make autonomous decisions.One researcher states that autonomous robots might be more humane, as they could make decisions more effectively. However, other experts question this.

Some public concerns about autonomous robots have received media attention.One robot in particular, the EATR, has generated concerns over its fuel source as it can continually refuel itself using organic substances.Although the engine for the EATR is designed to run on biomass and vegetation specifically selected by its sensors which can find on battlefields or other local environments the project has stated that chicken fat can also be used.The BAE Taranis is a UCAV built by Great Britain which can fly across continents without a pilot and has new means to avoid detection.Flight trials are expected to begin in 2011. 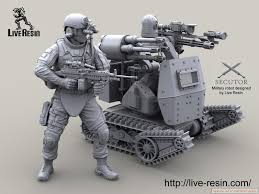 LAST BUT NOT LEAST:

Even though, it performs some operations like a human (interactions & facial expressions). The complexity affects all those things. While only a few institutions are fully dedicated to the creation of humanoid robots, a host of projects around the world are meeting with encouraging success in particular areas. If it overcomes all those drawbacks, after 10 years there is no need of human to work. The only work to human is to think how to command all these humanoid robots.

Posted by moses dhilipkumar at 08:58