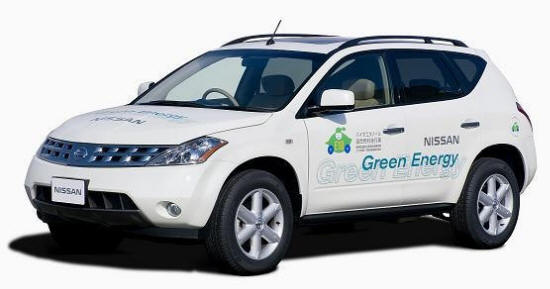 ABSTRACT
This paper presents the overview of recent developments in automobiles. The basic objective of this market research report “INDIAN AUTOMOBILE INDUSTRY-RECENT TRENDS” is to estimate the demand for automobiles from 2005-2012. The increased demand for Indian automobiles has resulted in a large number of multi-national auto companies, especially from Japan, USA and Europe, entering the Indian market and working in collaboration with the Indian firms. The report also examines the region wise demand and growth trends for the selected vehicles, and how they influence Indian’s GDP (Global Development Percentage) growth. Current technological trends in the automobile industry reflect many diverse disciplines. The trends which can examine the global automotive market are Global Market Dynamics, Establishment of Global Alliances, and Industry Consolidation. Alternate energy sources for cars, such as natural gas, electricity, ethanol and vegetable oil, began to view for consumer demand in the early 21st century. Solar powered cars and hydrogen powered fuel cell cars remained in development stages. Hybrid automobiles combine an electric motor with batteries that are recharged by a small gas or diesel-powered engine. Ethanol is used as alternate fuel in the early 21st century, it may increase in future. At the start of 21st century, the trends of global trade and manufacturing flexibility continued. Computerization continued to be a major part of auto design and manufacture, as did the search for alternate fuels and more efficient automobile designs.
WHAT ARE THE BENEFITS OF USING ETHANOL?
Ethanol is a relatively low-cost alternative fuel, but what are the benefits of using ethanol or an ethanol blend in place of unblended gasoline?
Answer: Using ethanol as an alternative to gasoline provides several key benefits.
ETHANOL IS GOOD FOR THE ENVIRONMENT
Overall, ethanol is considered to be better for the environment than gasoline. Ethanol-fueled vehicles produce lower carbon monoxide and carbon dioxide emissions, and the same or lower levels of hydrocarbon and oxides of nitrogen emissions.
E85, a blend of 85 percent ethanol and 15 percent gasoline, also has fewer volatile components than gasoline, which means fewer emissions from evaporation.
Adding ethanol to gasoline in lower percentages, such as 10 percent ethanol and 90 percent gasoline (E10), reduces carbon monoxide emissions from the gasoline and improves fuel octane.
ETHANOL IS WIDELY AVAILABLE AND EASY TO USE

Flexible fuel vehicles that can use E85 are widely available and come in many different styles from most major auto manufacturers. E85 is also widely available at a growing number of stations throughout the United States. Flexible fuel vehicles have the advantage of being able to use E85, gasoline, or a combination of the two, giving drivers the flexibility to choose the fuel that is most readily available and best suited to their needs.
ETHANOL IS GOOD FOR THE ECONOMY

Ethanol production supports farmers and creates domestic jobs. And because ethanol is produced domestically, from domestically grown crops, it reduces U.S. dependence on foreign oil and increases the nation’s energy independence.
BLENDING ETHANOL WITH GASOLINE
E85, a blend of 85 percent ethanol and 15 percent gasoline, is used in flexible fuel vehicles, which are offered by most major auto manufacturers. Blends with more ethanol, such as E95, are also premium alternative fuels.
Blends with lower concentrations of ethanol, such as E10 (10 percent ethanol and 90 percent gasoline), are sometimes used to increase octane and improve emissions quality, but are not considered alternative fuels.
TYPES OF ETHANOL
v E10 and other Low-Level Ethanol Blends

E10 AND OTHER LOW-LEVEL ETHANOL BLENDS
Low-level ethanol blends are sold in every state. Gasoline now contains up to 10% ethanol (E10) to boost octane or meet air quality requirements.The Clean Air Act Amendment of 1990 (and subsequent laws) mandated the sale of oxygenated fuels in areas with unhealthy levels of carbon monoxide. This kicked off the modern U.S. ethanol industry growth.
Problems with groundwater contamination from the use of methyl tertiary butyl ether (MTBE)—the only other available oxygenate and principal octane booster—accelerated the use of ethanol in low-level blends.Auto manufacturers  approve the use of low-level blends because they work well in gasoline engines and create no noticeable difference in vehicle performance.


This paper concludes that the use of ethanol gives relatively a good fuel economy. Commercially speaking, tha cost of the ethanol is not so high as compared with the conventional gasoline. Moreover in the fast growing world, pollution is a main constraint. The use of ethanol fixs this constrain. Hence the usage of ethanol can be recommended in a wide range of automobiles.

Posted by moses dhilipkumar at 23:23