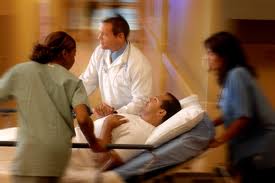 ·         Blood converted from the liquid to solid state is called as thrombus. The process by which the blood clot is formed is called as coagulation. A blood clot or thrombus is stationary within the vessel or heart. If it moves from that location through the blood stream, it is referred to as an embolus.

·         Blood does wonderful things like carrying oxygen, cleaning waste products, and delivering cells and chemicals to fight infection. But mess up its environment and blood can cause all sorts of problems. The heart pushes blood cells to the far recesses of the body, but it returns from the fingers, toes, arms and legs in veins that are milked by the routine contractions of the muscles that surround them. As you walk, blood gets pushed back to the heart; as you type, the muscles of your fingers and hands do the work to get the blood back.

·         Without that muscle movement, blood stagnates and has a tendency to clot. There are two parallel systems of veins in the legs and arms. The superficial set under the skin drains blood into the deeper set through a set of connectors that have valves in place. So clots in the superficial system are filtered before they enter the deep pipeline. No such luck for the deep vein system. No valve, no filters, and it's a straight shot to the heart and lungs if a clot should form and break off. 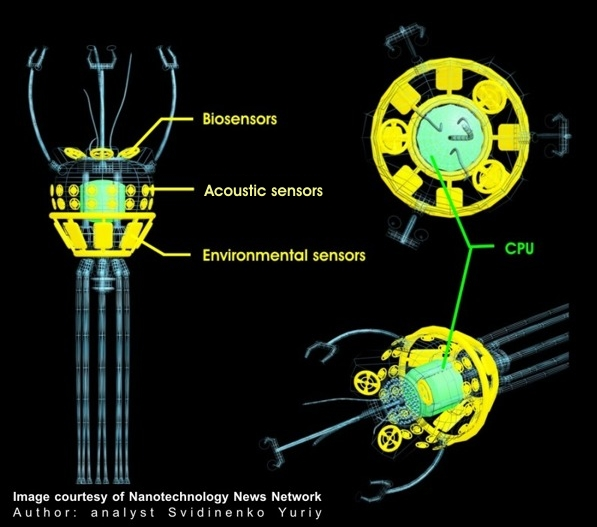 Concerning the adverse effects of stroke, we have implemented a system, which is electronically viable for the treatment of stroke. Currently there is no pre-diagnostic treatment for strokes. Only with the help of dietary control, strokes can be prevented. Further, the formation of clot cannot be pre-determined by any of the electronic gadgets.

Considering the present pathetic scenario in our mind, we have formulated a system, wherein a nanobot is used for such a cause. With such a rapid development in the field of nano, we can extract an enormous potential from these tiny-bots.

STEP-BY-STEP PROCESS OF OUR SYSTEM

Our system adopts “stinger bots” which follows these procedures

·         Our stinger locates the clot
·         Meticulous analysis of the blood clot is done by our bots
·          Administration of TPA and WARFARIN, which are “clot-busters” are used by nanobots to dissolve the clot.
·         Periodical review of the diagnosis is done and an operational review of the process is retrieved.

LOCATION OF THE CLOT:

Fluzon bots, which are specialized bots in image processing, are adopted for this purpose, which adopts PHYTHON CODING. 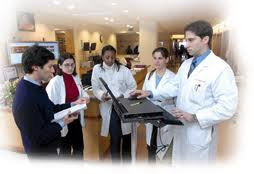 DELIVERING THE TPA AND WARFARIN:

·         The most important use for adopting nanobots is because they are excellent medicine carriers and they do it by taking it directly to the spot needed.
·         Tpa one of the most important treatments over the last few years for the immediate treatment of a stroke is a medicine called TPA (which stands for tissue plasminogen activator). TPA is a very powerful “clot – buster” that is infused through the veins. If given within the first three hours after the onset of the symptoms. TPA can significantly improve the patients outcome from the stroke over the long term. The sooner the TPA is started. The better the outcome, so time is of the essence.

·         Warfarin is also sometimes used to prevent the recurrence of a stroke in other situations, such as with certain other heart conditions and conditions in which the blood has a tendency to clot on its own (hypercoagulable states). Patients taking warfarin need to have periodic blood checks to make sure that their current dose is producing the desired effect.
·         So depending upon he case either TPA or warfarins are injected through the bots to dissolve the clot.
·         The nanobot that specializes in this field is called the ‘stinger bots’. These bots have the property of delivering the medicine to the exact place needed

VARIOUS PARTS OF STINGER BOTS:
STINGER bots provide us with three main important factors before the operation has to be done. They are namely,
·         ACOUSTIC SENSORS
All these three sensors categorize the given clot with the respective parameters involved and then the operation is carried out with intense care and observation.

OPERATIONAL REPORT:
·         Based on the observations of the above processes an operational report of the patient is retrieved which indicates the
1.       Dissolvation factor of the clot (DF)
2.      The blood flow obstruction ratio (BFOR) and
3.      The oxygen content of the blood (OC)

·         These factors are seen to it that they never cross the normal value for atleast a month time after the process has been performed.
·         Only after that, the patient is discharged from the treatment.

SPECIFIC ADVANTAGES OF OUR SYSTEM TO PATIENTS:
1.      As the two nano bots that we are applying in our system is a constituent made of the same composition of the blood cells  , the anti-bodies  present in the human being  won’t detect our system as a foreign particle , which eradicates the side effects.
2.       The system is very safe as we have  a step by step process which keeps monitoring the  different risk factors of the body and has a keen eye on the parameters involved with it.
3.      We have included a special theraphy concept including our elecronical system which balances the ratio of application.
SALIENT FEATURES OF OUR SYSTEM:
Ø As of till now no  elecronically viable system has been  adopted for the treatment for strokes. 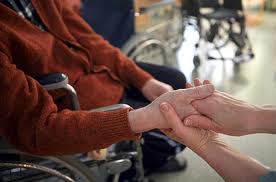 Posted by moses dhilipkumar at 07:34

Email ThisBlogThis!Share to TwitterShare to FacebookShare to Pinterest
Labels: NANO TECNOLOGY FOR STROKE

thank u sister for your compliment .